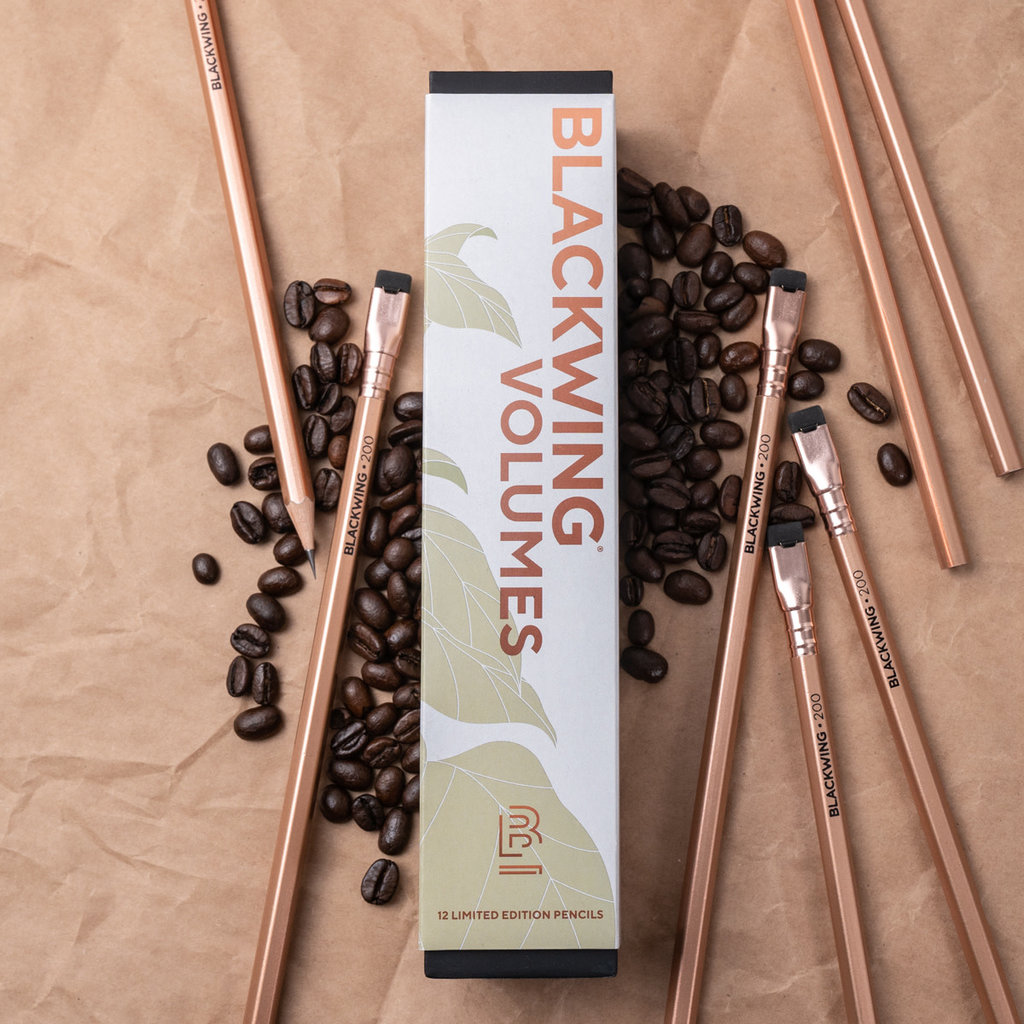 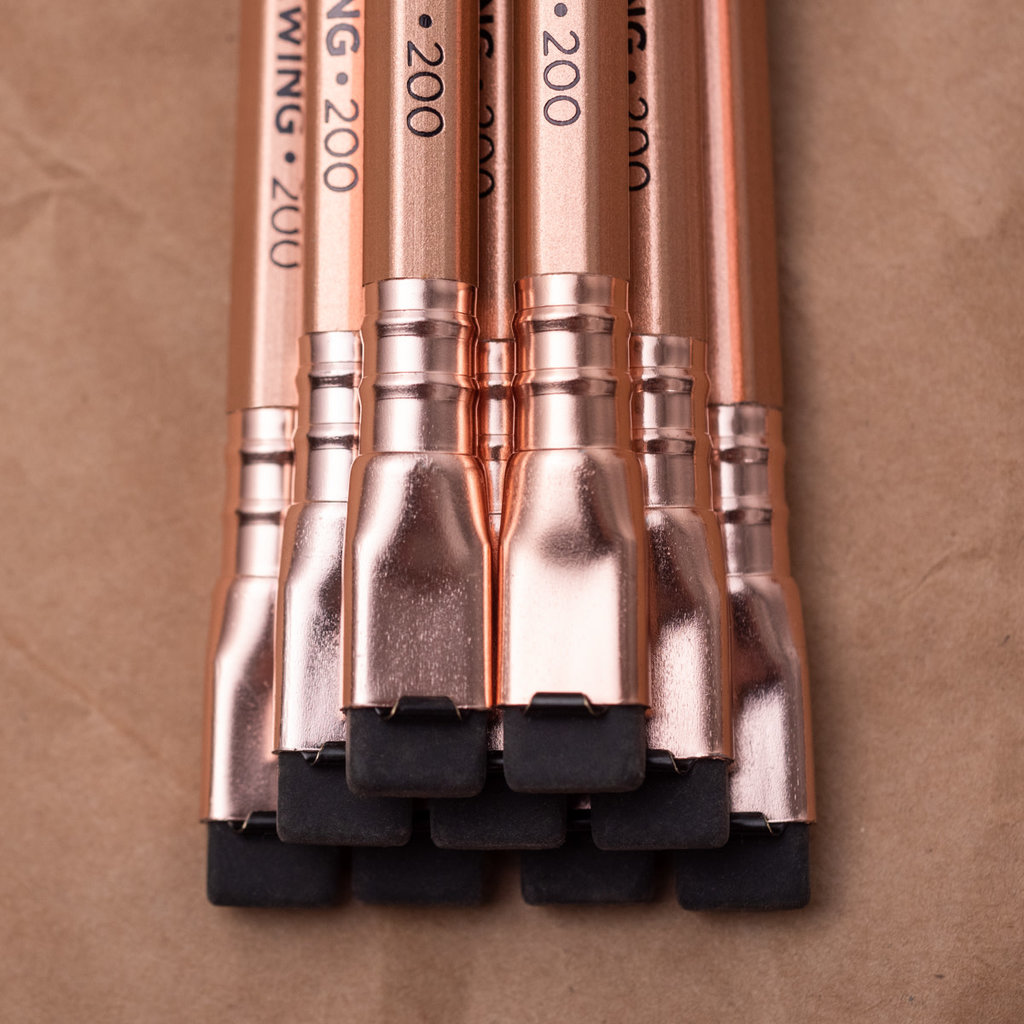 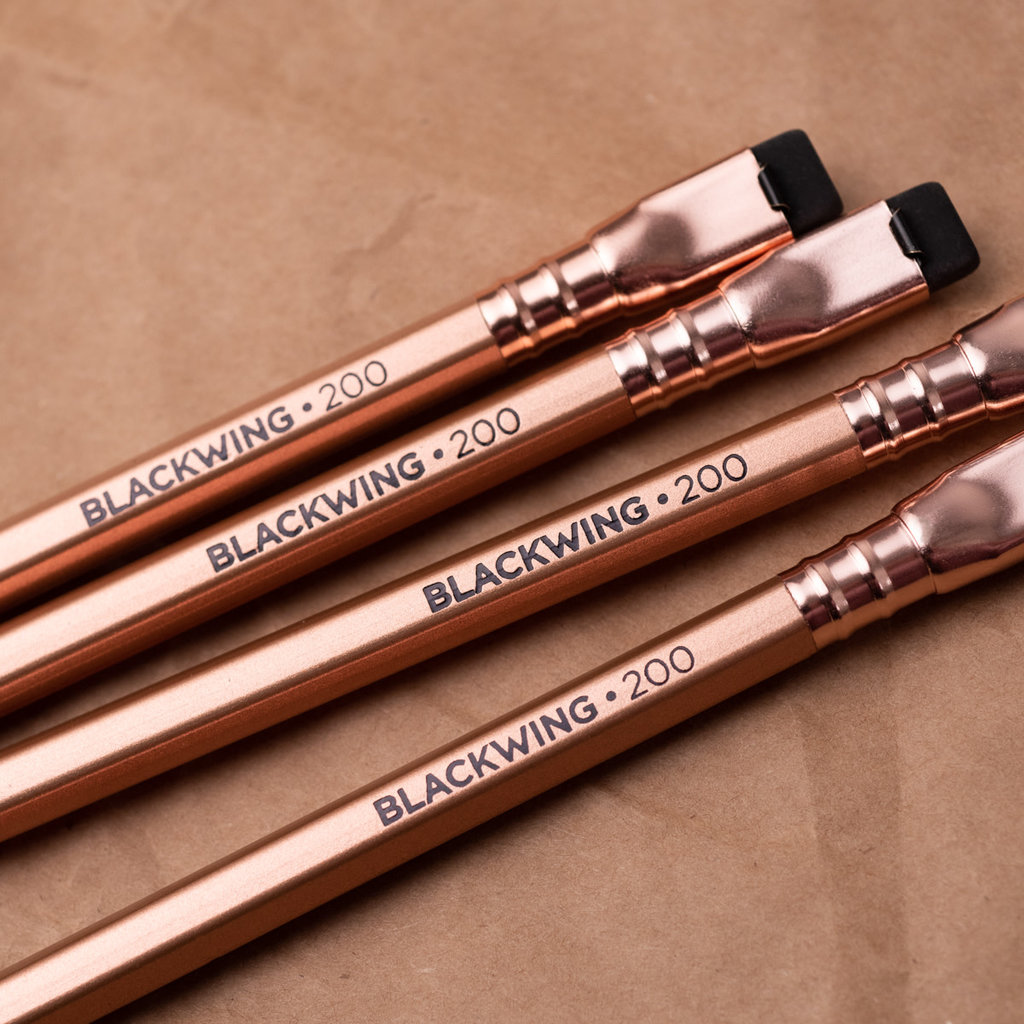 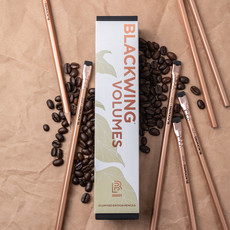 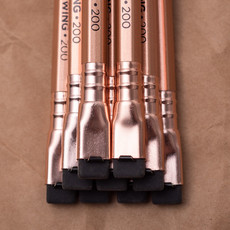 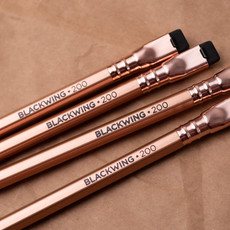 $30.00
Blackwing pencils tribute to coffeehouses and the creative culture they cultivate.
In stock

Each pencil features a metallic copper design inspired by classic copper coffee roasting machines found in many coffeehouses during the ’50s and ’60s. The roasting process begins when the internal temperature of a coffee berry seed reaches 200 degrees Celsius, transforming it into the familiar coffee bean. These pencils also feature a firm graphite core that is perfect for finding inspiration in a local coffeehouse.

In 1948, amidst the uncertainty of post-war America, the Beat Generation was born. This literary movement, rooted in anti-materialism and the exploration of the human condition, gathered in the coffeehouses of New York and San Francisco to recite poetry alongside cups of black coffee. During the '50s and '60s, coffeehouses became synonymous with creativity and intellectualism.

One such example was Caffè Lena in Saratoga, NY. Opened in a former woodworking shop in 1960, Caffè Lena remains the oldest continually running coffeehouse in the United States. That longevity has allowed it to host countless creative icons from the Beatniks to members of the Folk Revival, and established Caffè Lena as a cornerstone of the creative counterculture in America.

+ Add your review
Add to wishlist / Add to compare 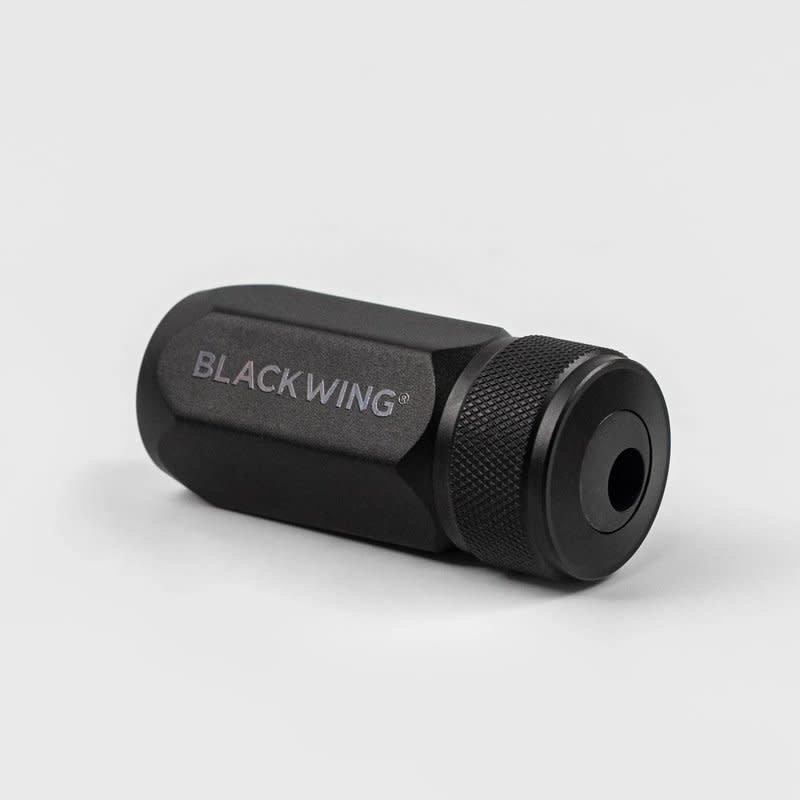 Blackwing One- Step Long Point Sharpener
$20.95
Sign up for the latest news!